It continues with the second part and the actual Traffic Light Circuit. Let’s take a look at the various Traffic Light Signals on Wikipedia. We want to recreate them at the push of a Button. First of all, we build the Circuit: So we have the following Phases:

This now has to be converted into Code. For example, I created a Script for this:

This time, instead of the Pin Numbers, I use the GPIO Numbers.

It is called again with

The red LED lights up and pressing the Button calls up the Function and changes the Traffic Lights. Execution of the Script terminated with CTRL + C.

The Functions can be changed and extended. Here is a Picture of my Circuit. 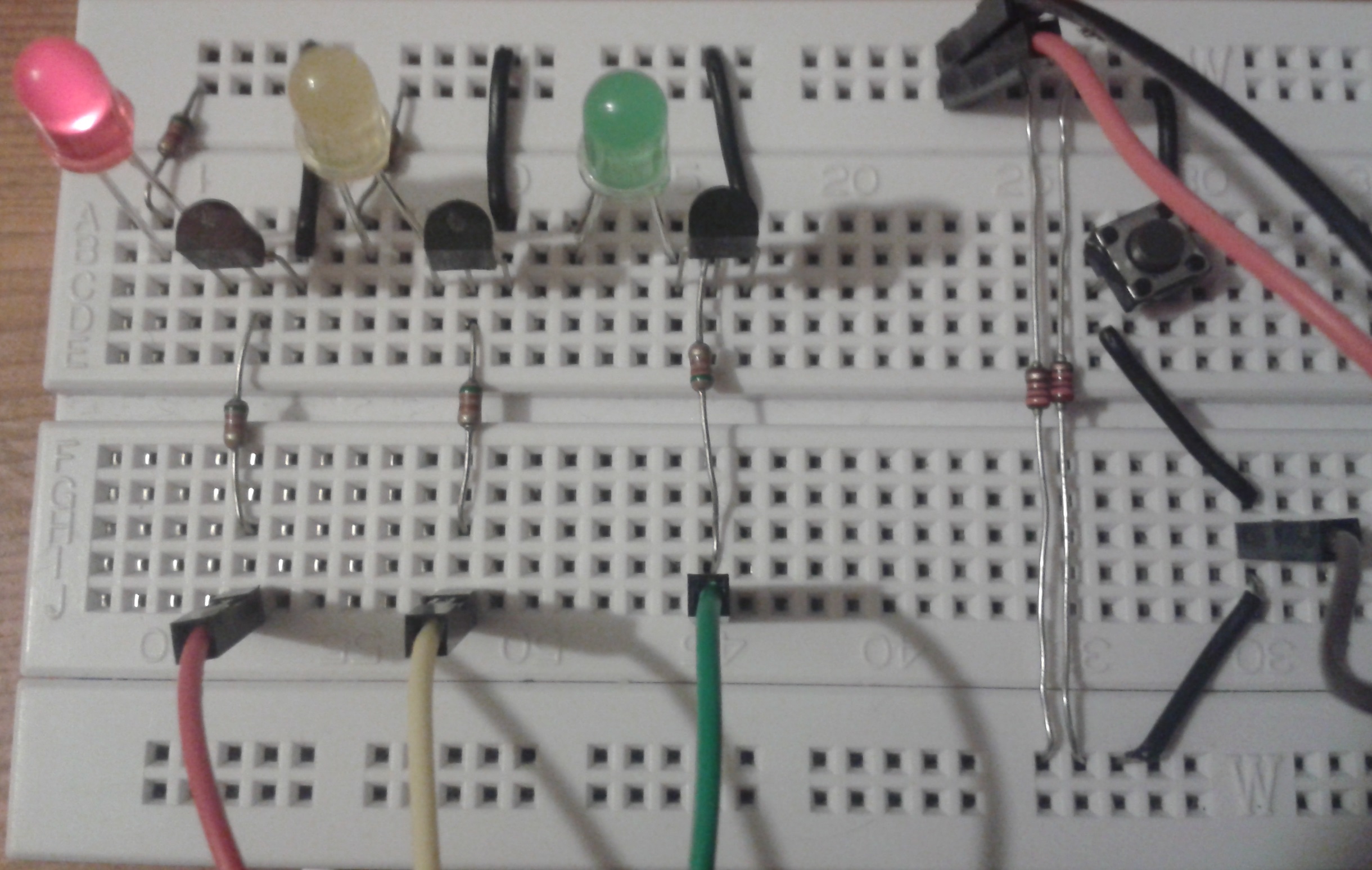