Are you stuck between Raspberry Pi vs. Arduino for your project? If yes, then we can help you choose the best one. The Raspberry Pi is, in fact, the best board in terms of advanced features and computational power. However, the Arduino becomes more valuable and cost-friendly accordingly in some cases as compared to the Raspberry Pi. Keep reading the article, and we will provide you with every detail you need to know about these processors and besides this, we also help you choose the best one that suits your project.

Though Arduino and Raspberry Pi look like the same type of micro-controllers. However, they enjoy a diverse range of applications and features. In short, this article will compare these two boards simultaneously in different scenarios and additionally tell you which board is preferable in your scenario. Let’s go straight into the comparison without wasting any time.

Particular Difference of a Raspberry Pi compared to an Arduino

Although both, the Arduino and Raspberry Pi, look similar, however, they are not identical at all. In brief, the difference between the two is that Arduino is just as a micro-controller and Raspberry Pi is, in fact, a single-board computer (SBC) with a processor. Therefore, the Raspberry Pi is not just a microcontroller; it’s indeed a mini-computer.

Meanwhile the Raspberry Pi is a complete system on a single board (SoC computer); afterwards it can act as a fully functional computer with a processor, graphics, and memory. Consequently, it’s an SoC as you can also run an operating system (OS) on it just as we use Windows or Mac OS on our computers. Besides, this chipset has Linux OS system support for its functionality and design, especially for complex tasks and includes a graphic unit, USB ports, and audio ports. Moreover, it can run multiple programs at a time, likewise a computer.

On the other hand, the Arduino is a simple microcontroller containing I/O pins, processor, and power supply. However, it cannot run an operating system but efficiently control small devices and run small projects. Although the Arduino’s lacks of OS, still it can run a program interpreted by its firmware. Therefore, the user has the flexibility to execute code directly on the computer beyond any specific OS.

The Raspberry Pi has an exceptional support for Linux OS, which helps manage multiple tasks and even install Linux programs for various purposes. This chipset has used complex engineering tasks to interpret programs at run time with keyboards and laptops. This can be particularly helpful where real-time processing is required. In short, it uses for complex computation, Real-time applications, and multiple task management.

The Arduino does not have an operating system and doesn’t provide any code interactivity to the user. In addition, it runs on bare metal, and its code interprets on Arduino IDE or some other program on your computer. It is a extremely beneficial system for the management of devices in small projects. It provides an excellent ability to interface with sensors and run actuators and other devices that doesn’t provide run time monitoring.

When Raspberry Pi vs. Arduino comes under discussion, the hardware on top expansions like GPS, SD card, HDMI, audio ports, or regulators plays a significant role. Let us discuss these expansions on both boards to determine which suits your needs!

Here, the Raspberry Pi has much built-in hardware on top expansions, making it beneficial to quickly interface and network with other technologies. For instance, it includes terrific built-in expansions like Wi-Fi, Bluetooth 5, an Ethernet port, Two USB 3.0 ports, two USB 2.0 ports, and a pair of HDMI ports for monitoring purposes. Furthermore, the end-user can connect various add-ons and accessories with our board to make this more multi-purpose. 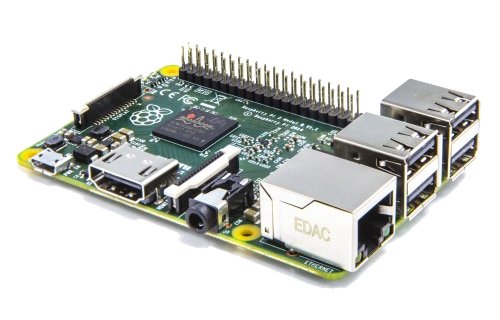 On the other hand, the Arduino is a simple board containing I/O pins. However, it does not have any built-in expansion like GPS, camera, or networking ports, but we can add expansions to the Arduino using shields. The Arduino is an open-source hardware and various cheap shields can interact with different modules like camera, GPS, Bluetooth, or Ethernet, depending on project requirements.

In fact, both have several board types and models depending on specifications like processor speed, computational power, and several I/O pins, ports, storage, and expansions. Let us discuss the models of the Raspberry Pi and Arduino available on the market right now!

Raspberry Pi is indeed a family of a single-board computer. Depending on the above factors and specifications, several models of this family are available in the market.

However, it was first developed at Cambridge University in 2006 for educational purposes, but it came into the market in 2012 for commercial use. Nevertheless, the first commercial model was simpler and cheaper and had 264 kb ram and a 133 MHZ core clock. Later on, scientists worked on its computation abilities, and consequently, the latest board in this family has a 1.5GHz processor and 8GB Ram.

The Arduino was designed initially for students and engineers who do not have a background in electronics and programming fundamentals. In addition, Arduino is open-source, so anyone can change its Verilog hardware descriptive language (VHDL) code to adjust the number of I/O pins, add or remove different modules and libraries depending on the project requirement. As a result, it has several variations in the market. However, I will show some processors currently available in the market!

Hence, these types vary depending on specifications like digital and analogue I/O pins, SRAM, and processor speed.

Both boards have different specifications and are suited for various types of applications. Suppose you consider the comparison of Raspberry Pi and Arduino for your project. Reading the applications below will broaden your horizon about these boards and help you choose the best board for your project.

First, we will discuss a few applications of the Raspberry Pi.

Connectivity plays an essential role in the internet of things and real-time embedded systems. Systems often require real-time data. If your connectivity lags, your whole application is of no use. Therefore, it’s essential to consider the connectivity strength of boards.

Although Arduino does not have any built-in connectivity option, however, it does not mean that you cannot build a connection with other devices and networks in Arduino project. Besides, you can use shields to add any connectivity option to your project. But, these connections via shield will make your circuit bulky, and sometimes, these separate devices cost more than a single Raspberry Pi.

Power requirements are another factor, which you should consider before choosing the best suited board for your project. If your board is consuming much power, then it will affect the efficiency of the project. Let us see the power requirement of each panel.

Raspberry Pi 4 Model B consumes 1.5 Watt power in idle state and almost consumes 6.75 watts of power when all the accessories like monitor, keyboard, and mouse are connected. Whereas the Raspberry Pi Zero consumes 0.5 watts in idle state and 2.5 watts with accessories. Furthermore, this processor needs 5 Volts to remain on, so you need an additional rechargeable battery for this purpose.

The Arduino consumes only 0.29 watts of power without connecting sensors and actuators. In addition, it does not have any hardware at top (HAT) or expansion like GPS, so it does not consume any additional power. It works when you connect it to the supply and become off when we disconnect the supply. So, you do not require an extra battery to interface with the Arduino boards.

The Raspberry Pi is a computer on a single PCB and is usually used for multi-purpose applications and complex computation. Therefore, it demands greater storage. It will need at least 8 GB storage on a SD card. However, if you are interfacing an even bigger project, it supports u too 256 GB for additional storage and also external storage can be connected through USB.

The Arduino usually finds applications in a single-purpose application and does not require much storage. Arduino Uno comes with 2k bytes of SRAM and 32 K bytes for flash memory, which is enough for any single purpose application. However, if your project demands more storage, you can add additional storage to Arduino via a shield.

The Raspberry Pi is a complete system on a chip with a graphic card and operating system, which can be used as a laptop and can run different programming languages. Python is considered as the most easy programming language to interface with the Pi. However, you can interface your Pi with many other languages like Scratch, Ruby, C/C++, or Java.

Contrarily, Arduino is a cross-platform development board and can run code interpreted in their IDE on your computer. This IDE supports only Arduino language that closely resembles C++. Once you interpret the code on your computer and upload it on the Arduino, you cannot change it. In short, a Raspberry Pi is more flexible than an Arduino in terms of programming language.

You cannot underestimate the budget in any comparison. If your task can run on both boads, why not choose your application’s cost-friendly one for your application. Let us discuss the prices of the different models.

Raspberry Pi comes in a variety of prices depending on computation power, GPIOs, and add-on. A Raspberry Pi Zero starts from $5. However, the vendee cannot interface this without a proper kit because it usually needs a screen, keyboard, and mouse for adequate interfacing, which costs almost $20 at least. The latest Raspberry Pi 4 with 4GB Ram has a $55 price on the market and has nearly $75 cost for a complete kit.

An Arduino is usually very cheap, and its price start from $2 in the market, and most advanced Arduinos have almost a $20 price in the market. Since these boards are very simple, you have to purchase shields and additional expansions, if your project has some networking or monitoring requirements.

Which One Is The Best?

In a comparision Raspberry Pi vs Arduino, it is not difficult to choose which one is the best. Of course, the Raspberry Pi is the best overall. But you should always choose one depending on your project requirements, budget, and application. Nevertheless, I can help you decide which board suits you best.

If you are doing a single-purpose project, prefer an Arduino for your project because it will be cost-friendly. However, in multi-purpose applications, go for the Raspberry Pi as it has a better processor to handle complex computation and is more easy to use for beginners.

If you know only C/C++ language and hesitant to learn a new language, choose Arduino as its language similar to C++. However, those who are familiar with Python or Scratch should opt for ease of programming. But of course, you can also program on the the Raspberry Pi with C++.

Working with a power-efficient system, consider an Arduino as your first choice.

You can see the above specifications in detail to choose the best board between Raspberry Pi vs. Arduino.

Many people find it difficult to choose between a Raspberry Pi and a Arduino for their project. However, we tried our best to help you with this guide and discussed every notable feature to make this choice easy. We have covered all the essential aspects in a detailed manner and, in simple words, to not stick at any point in choosing between the two boards.